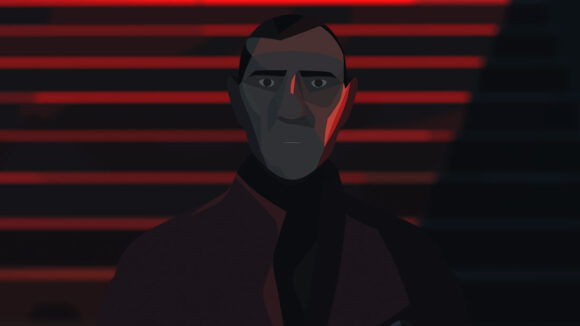 Here’s an intriguing new short to look out for on the festival circuit: Quentin Baillieux’s Le Mans 1955.

A trailer for the film was recently released online:

The short is based on the true events of a sports car race that took place in France in 1955, during which one of the cars crashed and flew into the stands, killing over 80 spectators and injuring hundreds more. To this day, it remains the worst disaster in motor racing history.

As the synopsis for Baillieux’s film makes clear though, the 15-minute short film isn’t just about the actual moment of the disaster, but explores how and why the race continued even as hundreds of people had been maimed and killed:

The 24 Hours of Le Mans, 1955. 300,000 spectators are watching from the sidelines. It is 6:00 PM when Pierre Levegh’s car ploughs into the spectator stands, scattering the crowd with his car engine’s hot debris. It is a tragedy that will cost more than 80 lives. And yet, the race goes on. At Mercedes, a friend and co-pilot of Pierre Levegh’s is ready to take the relay. His name is John Fitch.

Baillieux says that he was inspired to create the film after seeing a 1950s racing car exhibition at the Louvre, adding in the director’s notes for the film:

I was struck by the beauty of the exhibited sports cars, especially a Jaguar which had competed in 1955 at Le Mans. I began researching the that event and two very contradictory photos appeared next to one another on my screen. On one side, the image of a tragedy: people in a panic, a blazing inferno behind them. Bodies were sprawled across the stadium. The photo beside it depicted delighted drivers celebrating their victory with champagne. How could these two images be linked? How can we live a moment so joyful in parallel to one so tragic?

My desire to create this film was born from these questions – the need to find a link that can allow this juxtaposition of imagery to coexist. The tendency of man to destroy itself, forgetting its humanity while being consumed by its pride, its passion and feelings is the subject on which I wanted to delve into. It is the basis of my studies and my thoughts – and my desire to make this film.

The events are grim and the desire to find a guilty party or a meaning behind them can feel necessary. But history is always more complicated than that. I am convinced that a film in which we would criticize and condemn men in moments of history would not be an serious contribution to remembrance.

If some of the drivers and the racing world were considered guilty of committing this tragedy, surely their mistake does not make them bad men. Therefore, I strove to see things from the perspective of these so-called guilty men as a sort of devil’s advocate. I endeavor to explain with empathy how it is possible for the drivers to continue and finish the race despite the tragedy. I wish to restore their humanity and acknowledge the contradictions and the grey areas.

Baillieux made the cg film using Maya, Nuke, and Photoshop. A graduate of Gobelins, he’s been an in-house director at French commercial studio Eddy (formerly Chez Eddy) since 2011. He previously directed a visually striking music video for Charles X’s “Can You Do It,” which was featured on Cartoon Brew.

To learn more about the film, visit LeMans1955.com.