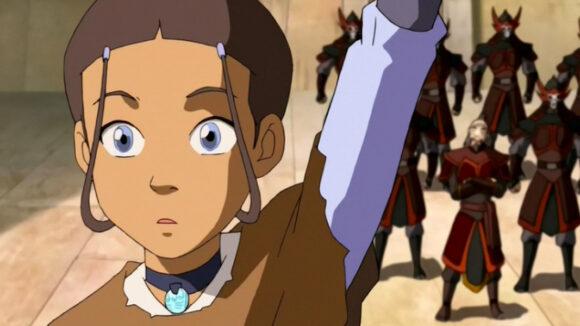 Once again, a live-action version of Avatar: The Last Airbender is in trouble. The creators of the original animated show, Michael Dante DiMartino and Bryan Konietzko, have exited the production of the Netflix adaptation after two years’ work.

In an open letter couched in philosophical terms but short on specifics, DiMartino hints at a troubled production:

When Bryan and I signed on to the project in 2018, we were hired as executive producers and showrunners. In a joint announcement for the series, Netflix said that it was committed to honoring our vision for this retelling and to supporting us on creating the series. And we expressed how excited we were for the opportunity to be at the helm. Unfortunately, things did not go as we had hoped.

Look, things happen. Productions are challenging. Unforeseen events arise. Plans have to change. And when those things have happened at other points during my career, I try to be like an Air Nomad [a race of characters from the original show] and adapt. I do my best to go with the flow, no matter what obstacle is put in my way. But even an Air Nomad knows when it’s time to cut their losses and move on.

In a statement, a Netflix spokesperson addressed the pair’s departure: “We have complete respect and admiration for Michael and Bryan and the story that they created in the Avatar animated series. Although they have chosen to depart the live-action project, we are confident in the creative team and their adaptation.” Nickelodeon remains attached to the project, as do producer Dan Lin and his Rideback shingle.

The original Avatar, an anime-inflected fantasy adventure show, ran on Nickelodeon from 2005 to 2008, amassing rave reviews, a large fanbase, and a bag of awards (including an Emmy). Its narrative universe has already been expanded in comic books and a follow-up series (The Legend of Korra). Then there’s The Last Airbender, a widely panned live-action feature adaptation which was made without the involvement of DiMartino and Konietzko. Its fate should give Netflix executives pause.

Fans distressed by the latest news have cause for cheer. “I also want to be clear that this doesn’t mean the end of my involvement in the Avatar universe,” DiMartino added. “These stories and characters are important to me and the renewed interest and excitement in Avatar and Korra has been inspiring to see.”