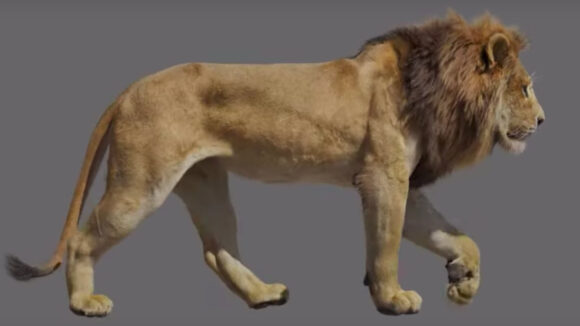 Jon Favreau’s remake of The Lion King, now the highest-grossing animated film of all time, has generated a a good deal of confusion over how it was made.

The simple answer: cg animation. The complex one: it employed a bundle of pre-production techniques, which can be grouped under the banner of “virtual production,” to enhance the animation and achieve new standards of photorealism.

The techniques used on the film aren’t, on the whole, well understood. Which is where these articles and videos come in. Drawing on testimony from Favreau, vfx supervisor Rob Legato, cinematographer Caleb Deschanel, and many others, they give invaluable insight into how The Lion King was produced, and why that’s important. We’ve hyperlinked to each piece, as well as providing summaries.

The animation and vfx on The Lion King were handled by MPC, predominantly out of their London and Bangalore, India studios. (MPC also worked on Favreau’s The Jungle Book). The company’s website features what may be the most thorough overview of the movie’s unique production process, which it breaks down into three chapters: World-Building, Virtual Production, and VFX & Animation. The text is chock-full of interviews with the senior crew, and supplemented by short videos.

The first section describes the crew’s location scout in Kenya, where they took extensive reference photos and generally soaked up the atmosphere, which would inform their sense of what was realistic during production. They explain that they sought to create a nature documentary aesthetic in the film, which meant keeping the (virtual) camera at a surreptitious distance from the animals.

The second chapter focuses on the most novel aspect of the film’s creation. We’ve written more generally about virtual production elsewhere; here, the crew explain how they pushed the boundaries of the technology, which they first experimented with during post-production on The Jungle Book. They stress that virtual production shakes up the standard linear pipeline, allowing departments to give each other feedback and revise their work throughout production.

Ultimately, for all its cutting-edge dazzle, virtual production is presented here in quite simple terms: as a means to approximate the conditions of a live-action shoot. As Rob Legato puts it, “In [non-virtual production] cg production, you’re not seeing something in real time… and you have too much time to think about it. So everything becomes more intellectual. What we’re trying to do is tap into your gut-level response to things, your instantaneous art choice.”

In the final chapter, the article describes the film’s innovations in naturalistic effects and animation. There’s a section on the studio’s achievements in lighting, and a focus on how animation is integrated into the virtual production process. Otherwise, there’s little indication that the team tried anything too radical at the main stages of cg production: modelling, rigging, animation, rendering, etc.

2. American Cinematographer — To Be King: Making The Lion King

Cinematographer Caleb Deschanel joins vfx supervisor Rob Legato for a fascinating dialogue about the challenges and difficulties of virtual production. Deschanel emphasizes that he was pretty new to the process: “I wasn’t hired by Jon [Favreau] because I’m some kind of tech wizard — I was hired because I’ve spent about 45 years of my life filming reality.”

The pair outline how they brought the old “analog way of thinking” to the virtual sphere, simulating dollies, drone shots, and the like. “It’s hard to explain how similar this process is to [traditional cinematography], but it is,” notes Deschanel. He has a good stab at explaining it anyway. Given his background in live action, the article gives a nice outsider’s perspective on The Lion King’s tech, although it goes into considerable detail about camera specs, too.

In an enlightening segment, Legato and Deschanel clarify that the animation and (virtual) set building preceded the staging. The moving characters and their environment — realized in full 360 degrees — would be handed over in a giant master file. At this point, Legato, Deschanel, and others would “walk into it” in virtual reality, and start to experiment with lighting and camera placement.

In a ten-minute video lecture, Jon Favreau — armed with a marker pen — illustrates how his team updated the famous “Circle of Life” opening, juxtaposing the original scene with the remake. It’s a fascinating watch, not least because some of the changes are very subtle. Rafiki’s posture had to change, as did the substance he uses to anoint the newborn Simba.

Favreau expands on what it meant to create a “documentary aesthetic,” explaining that this required long-lens cinematography. He points out that he demanded clouds as a reaction against the unnaturally clear skies seen in so many cg films. The director is also upfront about “fudging” the photorealism by back-lighting the characters, thus obscuring their textures.

4. Befores & Afters — How The Lion King Filmmakers Shot The “Everything The Light Touches” Scene

Much like the video above, this piece in vfx publication Befores & Afters homes in on a single scene — in this case, the iconic moment when Mufasa reveals his kingdom to Simba. Based as it is around landscape, the scene foregrounds camerawork and lighting.

Rob Legato explains how he worked on this with Caleb Deschanel at a fairly early stage. He recounts how they were still getting to grips with the virtual tools, and exploring, through trial and error, what kind of cinematography felt natural within the photorealist world. Plausibility, not perfection, was the goal: “Even when we shot the closeups, I went back in and added the hand-held move to the close-ups a little bit to make it less perfect.” The article is a nice counterpart to Legato’s conversation with Deschanel for American Cinematographer (see above).