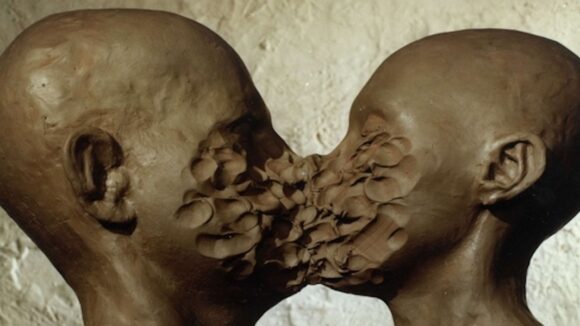 The history of animation is too vast and multifarious to capture in half an hour, but The Cinema Cartography has given it a good try nonetheless. The Youtube channel’s video The Animation That Changed Cinema serves up a taster menu of 40 diverse animated classics, ranging widely across geography and digging deep into the past.

This is a video about animated features and shorts, not series. It takes a broadly auteurist approach, focusing on filmmakers known for a particular style or thematic concerns: Don Hertzfeldt, Hayao Miyazaki, Lotte Reiniger, Yuri Norstein, etc. It also finds space for lesser-known works, such as Kunio Kato’s dreamlike The Diary of Tortov Roddle. Watch it below:

Its title notwithstanding, the video doesn’t dwell on how these films changed the history of cinema. Instead, it looks at how their formal aspects — textures, colors, compositions, camerawork — serve their stories. It ends up arguing for animation’s qualities as a medium for a particular kind of narrative approach:

[A]s we grow older, imagination may surrender to the intellect, emotion to knowledge, and we see find ourselves struggling to connect to art, as creativity is no longer instinctive. The art of animation helps us reconnect to this fascination — to deeper feelings and the world of fantasy, helping us look at the world again, this time to find its infinite possibilities of experience, feeling, and inventiveness.

Whether or not you agree, the video serves as a neat primer on the wonders of world animation. The Cinema Cartography is behind a variety of accessible video essays on film aesthetics, including the occasional animation focus. The Animation That Changed Cinema is a welcome addition — a tribute to an artform and artists often ignored by film theory.

Image at top: “Dimensions of Dialogue” by Jan Švankmajer