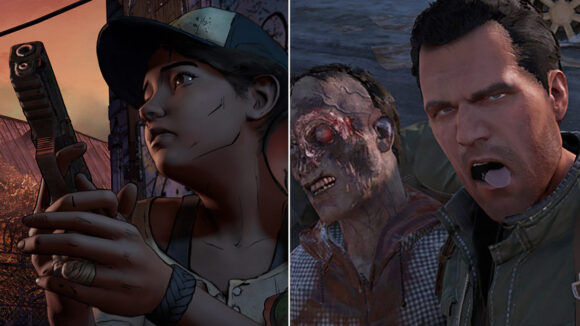 Welcoe our weekly wrap-up of key animation news from around the global industry, as well as a look forward to what’s coming up in the new week. The briefing is delivered to your inbox by 10 a.m. Pacific on Monday mornings for those who have signed up.

You can subscribe to the newsletter for free from the bottom of any page on the site.

Last week was a brutal one in the videogame industry with two mid-sized studios shutting down: Capcom in Vancouver, Canada and Telltale Games in San Rafael California. Between the two companies, over 400 people were laid off.

The employees at Telltale were hit especially hard: they’ll get no severance pay, their health care will be cut off in the next week, and because many of the employees were under contract they don’t qualify for unemployment pay.
____

In the first piece of a new semi-regular series profiling the world’s most unique animation education programs, we explored the French school La Poudrière, whose former students won both the feature animation and short film César Award in 2018.

The school has no full-time teachers, because as program director Annick Teninge says, “A professor may leave a too big mark on them. We want to avoid that they imitate a style.”
____
The 2018 Ottawa International Animation Festival, the world’s second-most attended international animation festival, starts this Wednesday in Canada’s capital city. Here’s our preview of the important North American event.
____

Last week, Cartoon Brew presented the online premiere of the concept pilot for Fjer, a darkly poetic and freaky urban fantasy web series about emancipation and discovering one’s own sexuality. We spoke to its creator Jeanette Nørgaard about some of the lessons she’s learned while developing and pitching the concept.
____
Animation is Film (AIF) has announced the preliminary competition lineup and jury for its second annual edition, set to take place October 19-21 at the TCL Chinese Theatre in Hollywood.

The 11 animated features in this years competition line-up include new films from Asia, Europe, South America, and North America. Nine of those films will have their U.S. premieres at the festival, and two of them will have their world premieres: Buñuel in the Labyrinth of the Turtles from Spain and Pachamama from Argentina and France.
____

Bristol, U.K.-based Aardman Animations is best known for its humorous stop motion creations like Wallace & Gromit and Shaun the Sheep, but the company has created work with a lot of range throughout its 42-year-history. Now, it’s getting ready to release the biggest video game project in its history, the World War I narrative adventure 11-11: Memories Retold.
____
Here are some of the stories we’ll be following the week of September 24:

• Oscar-qualified shorts: Which animated shorts have already qualified for the 2019 Academy Awards? We’ve got the exclusive list.

• A preview of Breaking the Glass Frame, a first-of-its-kind symposium in Los Angeles that will explore and celebrate women’s historical and contemporary contributions to commercial and independent animation and academia.

• A behind-the-scenes look at the production of Smallfoot, the new animated feature from Warner Bros., opening in the U.S. this Friday.