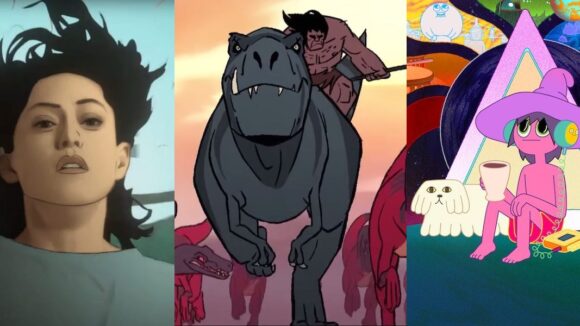 Over the years, the awards’ animation categories have proved fairly resistant to new releases and impervious to cultural trends. Anyone keeping count of the nominations picked up by The Simpsons or South Park will know this. Last year, Bojack Horseman, the most zeitgeisty animated show of recent years, was finally shortlisted for best animated program in its fifth season. It lost to The Simpsons.

Bojack could triumph this year; the fact that its sixth season is its last may boost its chances. Then again, its bleak vision of showbiz may just be too unpalatable to the Emmy crowd, as this op-ed in The Hollywood Reporter suggests. Yet in a way, the choice of winner is secondary to nominee list, which gives voters a chance to spotlight five worthy new shows from the bumper year we’ve just had.

In the interest of opening eyes and stirring debate, we’ve listed nine new shows. Voters, please watch; readers, tell us in a comment below which of these merit a nomination. Just don’t say that The Simpsons deserves another go.

Central Park, Apple TV+’s flagship animated series, comes from the creators of Emmy regular Bob’s Burgers, which could boost its chances. It opened to warm reviews.

Solar Opposites, a Hulu original co-created by Rick and Morty’s Justin Roiland. Again, this is a fairly well-received show from established talent, and has a chance.

Crossing Swords, which merges the medieval setting of Game of Thrones, the toilet humor of Robot Chicken (with which it shares creators), and the graphic design of a Duplo set. It premiered last month on Hulu, which has already ordered a second season.

The Midnight Gospel, an anarchic space trip from Pendleton Ward, whose beloved Adventure Time is not in the running this year. This Netflix show is based on comedian Duncan Trussell’s popular podcast.

Primal, an action-heavy Adult Swim show from Genndy Tartakovsky about a caveman’s unlikely friendship with a dinosaur. A theatrical edit qualified for the Oscars. It’s strong, but the absence of dialogue may perturb voters.

Undone, an ambitious psychological drama from the writers of Bojack. Director Hisko Hulsing deploys a startling mix of animation techniques, notably rotoscoping. This is by far Amazon’s most interesting animated offering yet.

Duncanville, a Fox sitcom that treads familiar ground for the network: dysfunctional family, awkward teens, etc. The brainchild of Amy Poehler and Simpsons writers, the show is indebted to the yellow family of Springfield, but comes with a wilder energy and more incest jokes.

Bless the Harts, yet another Fox family comedy, this time set among a working-class household in North Carolina. It boasts stellar talent, including creator Emily Spivey (an SNL veteran), producers Chris Miller and Phil Lord (The Lego Movie), and actors Maya Rudolph and Kristen Wiig.

With surely deliberate timing, Hulu has launched an innovative way to promote its shows: the Hilarious Animated Hulu Awards (or HAHA). Noting that nearly 40% of its viewers watch adult animated shows every month, the streamer is celebrating these shows by hosting a bunch of novelty “awards” (Best Fart Performance, Most Insulting Insult, etc) voted for by the public. Get involved here.

Voting for the Primetime Emmys ends on July 13. Nominees will be announced on July 28. Image at top, left to right: “Undone,” “Primal,” “The Midnight Gospel.”