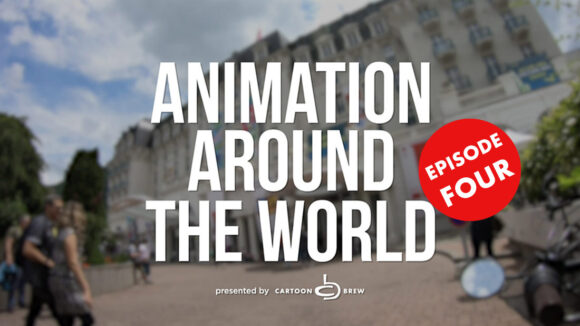 Cartoon Brew’s whirlwind tour around the animation globe continues this week with insights from industry folks in Chile, Norway, and Philippines.

Punk Robot’s Pato Escala, producer of the Oscar-winning short Bear Story and president of Chile’s animation assocation Animachi, talks about the Chilean animation scene, which has emerged as one of the hotbeds of animation in Latin America. The country’s tv sector is strong, with multi-season productions like Zumbastico Studios’ Paper Port and creative voices like Fernanda Frick, who has a deal with Netflix to develop her series Raise the Bar!

Escala reports that the country’s feature film sector is also picking up, with six animated features currently in production. Expect most of them to be more commercially oriented than this year’s experimental stop-motion feature from Chile, The Wolf House, which premiered at the Berlin film festival.

Norway’s Kajsa Næss, a film director and partner in Mikrofilm, observes how her country’s animation scene has expanded in the 20 years since she started working in the industry. Næss says that Norway is strong in children’s content, and increasingly produces feature films in both cg and stop motion.

Marla Rausch, who owns Animation Vertigo, a motion capture house in Manila, Philippines, spoke on behalf of the Animation Council of the Philippines. The country has a robust and well trained pool of artists due to its history as a tv animation service provider to U.S. studios. Rausch says that on top of that, the country has made big strides in the last five years on the tech side, with growth in cg animation, motion, capture, gaming, and virtual reality production.

Filipino artists are also starting to move beyond service work and develop original ideas for feature films. “There’s a grand way that Filipinos tell stories, and a rich tradition when it comes to their history and where they’re coming from,” Rausch says. “This is from their own influences in their tribal starts to the different countries that have been conquering the Philippines. It makes up the tapestry that we are today.”