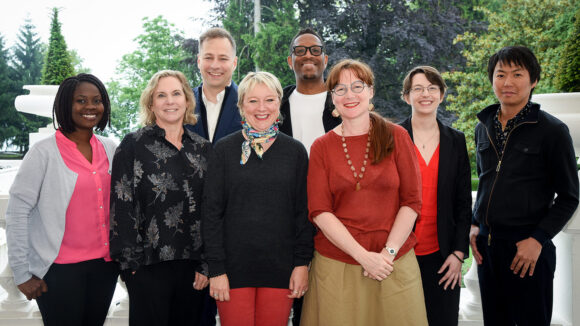 Through the Netflix Animation Fellowship, one Gobelins graduate each year will be able to work alongside animation professionals in Japan to develop original Netflix anime titles. The post-graduate program intends to help deepen both the technical and creative skills of its participants. Gobelins student Claire Matz is the first winner of this new fellowship.

Additionally, Netflix will fund scholarships for up to ten students a year over four years from the African continent to study at Gobelins as part of their Master of Arts in character animation and animated filmmaking program. The first recipients of the character animation scholarship program will be named in September 2019. This decision is line with Netflix’s interest in African talent, as evidenced earlier this year with the announcement of the company’s first original African animated series, Mama K’s Team 4 from Zambian writer Malenga Mulendema.

Nathalie Berriat, director of Gobelins, said of the new initiatives: “We care deeply about helping to promote equal opportunities in the animation industry and we want to ensure that financial constraints don’t act as a brake for students. We’re excited to work with Netflix to support upcoming talent in animation from diverse backgrounds and cultures.”

“We want to give talented young animators from around the world an opportunity to immerse themselves in the culture of Japanese anime and contribute their skill and passion to this globally beloved art form,” added John Derderian, who oversees Netflix’s anime programming efforts out of Japan. “Claire Matz is the trailblazer for this initiative and we look forward to her collaboration with the extraordinary teams of animators and artists working in Japan on our upcoming slate of Netflix originals.”

Later this year the company will release Klaus from director Sergio Pablos and SPA Studios, and it has also acquired Jérémy Clapin and Xilam Animation’s I Lost My Body, which won the Cristal for Best Animated Feature at Annecy over the weekend.