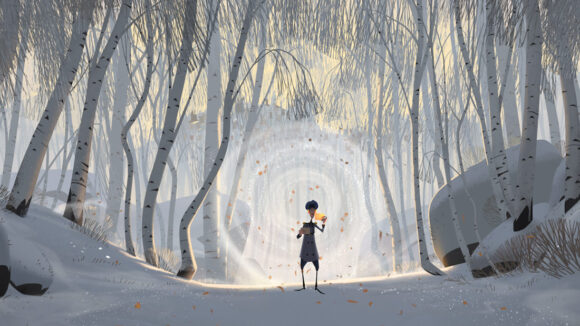 Klaus, Netflix’s first original animated feature, will get an Oscar-qualifying theatrical run later this year, according to an industry trade report. This would make Klaus the first exclusively-made-for-steaming animated feature to get such awards support.

Netflix has previously acquired distribution rights to animated features such as Alexandre Espigares’ White Fang and Joe Ksander and Kevin R. Adams’s Next Gen, neither of which received a qualifying theatrical run. The streamer’s best shot in the animated feature Oscar category came with Mark Osborne’s The Little Prince. Netflix came on board after Paramount dropped the picture a week before its planned release, and gave the film a limited theatrical run. Netflix’s awards campaign included an elaborate float at Pasadena’s Rose Parade back in 2017.

Pablos, a veteran animator who worked on Disney’s 2d features in the Nineties and also developed the concepts for Illumination’s Despicable Me and Warner Bros.’ Smallfoot, is making his feature directorial debut with Klaus.
Produced by Pablos’ Madrid-based SPA Studios, Klaus is a tech-forward hand-drawn feature that tells the story of the unlikely friendship between a young, self-centered postman who is assigned to a remote Scandinavian town, where he meets an eccentric toymaker. The holiday-themed narrative serves as the origin story of Santa Claus. Cartoon Brew first reported on the production back in 2015 when the teaser was released.

Netflix screened the first public footage from Klaus earlier this week at a special event at its Hollywood headquarters. It’s clear Netflix has high hopes for Klaus, which is the first in a large group of animated features from prestigious talent that the streamer expects to release over the coming years, including Guillermo del Toro’s stop-motion Pinocchio, Nora Twomey’s My Father’s Dragon, Glen Keane’s Over the Moon, and Chris Williams’ Jacob and the Sea Beast.