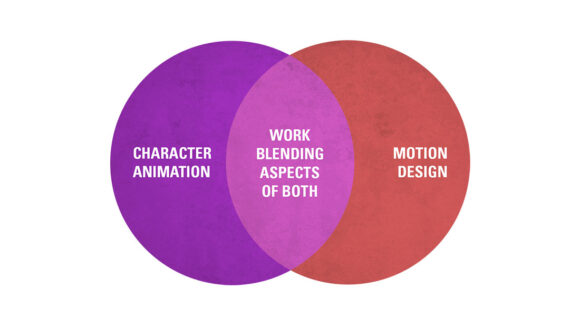 Below, Williams shares some observations as a “traditional” character animator now working mostly in the world of motion design education. Over to him: 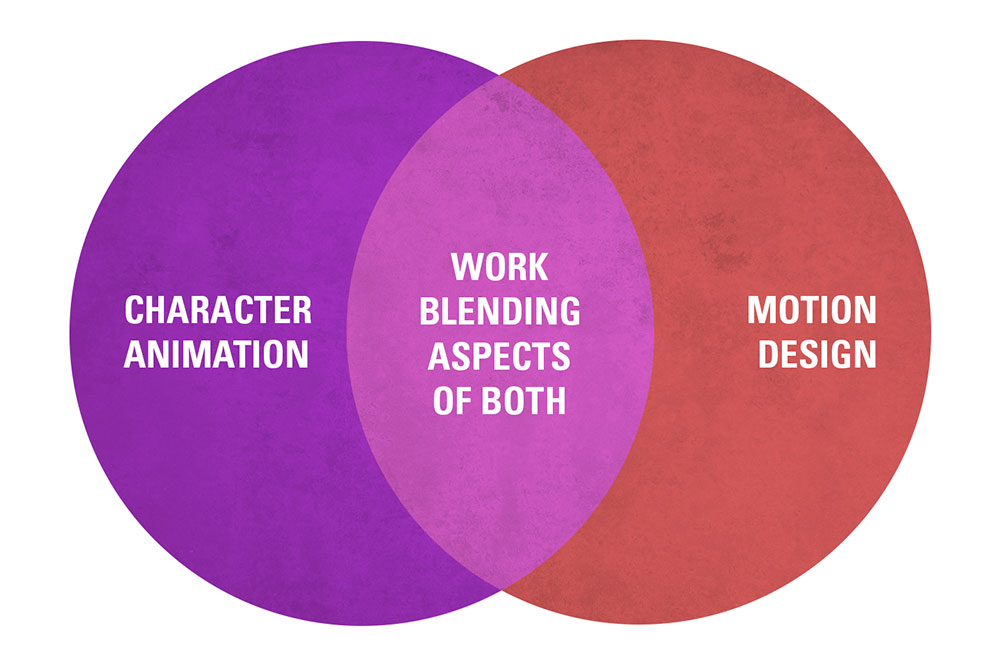 Even more “traditional” motion design work, like a logo with a figurative element or the ubiquitous “explainer videos,” often incorporates simple character animation to help communicate an idea in an appealing way.

While the fundamental techniques of giving life to characters are fairly universal, we can still make a distinction between traditional, narrative character animation and more figurative animation within motion design.

Generally, the goal of “straight” character animation is to tell a linear story with a narrative arc. Conversely, the aim of a lot of motion design work is to communicate an idea or convey information in an engaging way. In this case, characters may not be part of a linear narrative with an emotional arc, but may simply personify a concept or illustrate an activity.

But there are gray areas. Sometimes the best way to communicate a complex idea is with a traditional, linear narrative. So motion designers may choose that method as the best solution to a client’s needs — but this is fairly uncommon.

Of course, there is a lot of crossover here. Many “cartoon” styles are highly graphic, and many “graphic” styles are highly cartoony. But the examples below — from Giant Ant’s beautiful Slack commercial and Adult Swim’s brilliant Rick and Morty series — illustrate these “extremes” fairly well.

Some of these admittedly subtle differences can be traced to the history that informs these two disciplines. Modern motion design can trace its lineage through graphic design and experimental film and animation. Traditional character animation’s history moves through cartoon and comic art, narrative filmmaking and theater.

Motion design, almost by definition, is a multidisciplinary field. A good motion designer needs to be a nimble and flexible artist, who can work in a variety of styles and techniques to address the needs of their clients. I think there are two very compelling reasons why motion designers should study the art of character animation, and add it to their “toolkit” of skills:

It’s All About The Fundamentals!

“Limited” character animation, although designed to be simpler and less time consuming than “full” animation, is often very stiff and unconvincing in the hands of an artist who has not studied the basics of anatomy, performance, and the 12 principles of animation. Even if a motion designer is not expecting to work as a lead animator on a Disney or Pixar feature, they need the same base-level skills and understanding as the most advanced character animator.

My 2d character animation courses for motion designers, including Character Animation Bootcamp and Rigging Academy are mostly taught using Adobe After Effects with rigged puppets created with the third-party script Duik Bassel, which provides 2d rigging and animation tools similar to 3d animation software. I get asked about — and sometimes criticized for — this choice quite often.

What I often hear is something along the lines of: “Why aren’t you using Toon Boom or Moho? After Effects isn’t made to animate characters, and the rigging and animation functions of Toon Boom and Moho are superior.” And what I usually say in response is: “Yes! You’re 100% correct. Toon Boom and Moho are unquestionably better options for ‘traditional,’ straight, narrative, 2d character animation. No argument there at all.”

So why do I use After Effects? And why rigged puppets? I’ve got a few pretty good reasons.

First, keep in mind that most motion designers are not going to be animating characters 100%, or even 50%, of the time. If all you do is 2d character animation — especially creating a series or long-form films or features — After Effects is probably a terrible choice. But for a motion designer, for whom 2d character animation is but a part of their workload, After Effects is a pretty compelling option:

Although I think it’s important to understand the subtle shades of distinction between “pure” character animation and “pure” motion design, especially when creating work that might blend aspects of the two, clearly there are more overall similarities than differences.

We’re all using animation to communicate, whether it’s a story, an emotion, information, or an idea. We all study and practice design and animation principles. And when we animate characters specifically, we all want them to live and breathe and think and feel. No matter where we fall within the Venn diagram above, our job is to give our characters life!

For motion designers looking to learn more about character animation and rigging, check out Morgan’s courses at School of Motion, Character Animation Bootcamp and Rigging Academy.