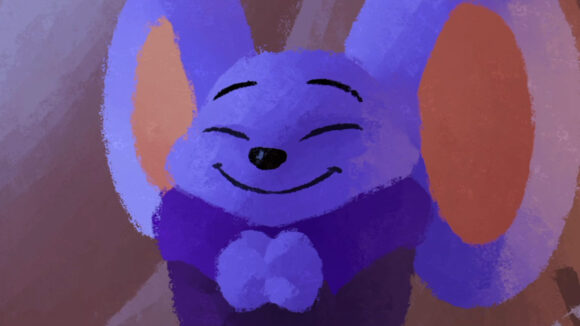 Director Nölwenn Roberts and producer Barbara Schuerrer tell us about their adventure in the making of the short film Sam’s Dream, and the partnership between Gabi Production and TVPaint, the latter of whom has followed and helped them through their journey.

Sam’s Dream (Le Rêve de Sam in French): fly with the swallows when the spring arrives. Watch the trailer below:

The film, which is nearly finished, will be distributed by Cinéma Public Films and released in movie theaters in a youth program in France, Switzerland and Belgium. The production team is discussing with two European channels and expects festival screenings to begin this fall. “International distribution is very important for us,” says Schuerrer. “We kept the exploitation rights of the film as a short film in order to allow it to be seen as widely as possible and on varied territories. We hope that Sam will be liked in foreign countries and that viewership will be numerous to see and appreciate it.”

In the film, Sam gives himself one year, to the day, to make his dream come true and challenge the laws of gravity while confronted with the lack of understanding from the other animals of the forest. Schuerrer explains that this dialogue-less short film, which elegantly plays with light and color, reminds us that one must take action to make their dreams come true.

Besides Roberts and Schuerrer, the other core member of the filmmaking team was the head of production, Bertrand Schutz. More than 24 people in total took part in the two year production of Sam’s Dream. Below, the filmmaker and producer tell us how the project came to be and how using TVPaint helped them achieve the hand-made painterly quality that they were looking for.

Barbara Schuerrer (producer): Sam’s Dream is a film that places simplicity at the heart of the production process. But making things simple in animation – keeping a rough animation [look] that fits Sam’s style – is not easy.

Nölwenn Roberts (director): The project started with a drawing devoid of the ambition of making a short film out of it. It was a drawing of a tiny blue mouse with a box and a hammer in its hands.

Roberts made a storyboard from the drawing with a very simple story and a single character. Laurent Rossi animated three shots of this first storyboard which she colored in Photoshop. Seeing that the process was taking a lot of time, they decided to look for funds and the support of a producer to find more people to help them in their project.

Roberts: I presented the project with the three animated shots to producers at the Annecy International Animated Film Festival in 2015, where I met my producer, Barbara Schuerrer, who accepted to follow me in this adventure. The following year we won the price Liberté d’Expression Nouvelle Aquitaine, which allowed us to launch the pre-production in August 2016 in Angoulême, and start the adventure.

Schuerrer: The journey [as producer] started in Annecy, on the lawns of the Imperial. Nölwenn recently reminded me our encounter and my question: “Are those Sam’s colors?” I immediately wanted to go along with this project, which deeply resonated within me. Dreams and the liberty to make them come true seemed to me like a beautiful topic as well, and it is something I have wanted to share with the public for a long time. Then, when I discovered the colors of the project, it deeply touched me and I wanted to help this work; its poetry, scenery, and character evoked so much for me.

Sam’s Dream tries to be simple — everything in minute touches whether it is in the color, the animation, the music or the sound design. We made sure to choose our adventure companions with great care. We quickly realized that we needed a talented animator, attentive to our needs. During a busy period of employment period for 2d animators, Sébastien Rouxel agreed on following us in our adventure in his free time. The animation period stretched to long months, but it was a wonderful time because his sensitivity and the quality of his animation tallied with the project from the outset. It is a time I remember as almost magical.

Roberts: Many times, when we asked people if they could help us, they would answer that they were really busy and that it wouldn’t be possible. Then I would show them the animatic and they’d change their mind.

I started working the color in Photoshop and painting frame-by-frame with a special brush to get an ‘animated painting’ finish. As it was taking a lot of time, some friends advised me to try TVPaint and see if there were tools that would help me work faster.

It was also in Annecy that it happened; I went to the TVPaint booth where I met Elodie Moog. I showed her the finished frames I had made in Photoshop and asked her if it was possible to get something similar in TVPaint. She suggested straight away one of the tools they had just developed: the Brush Spreading. I loved this first encounter because she was immediately keen to help me find what I was looking for. After that, she went on sending me emails and tutorials when I needed it, even before our partnership with TVPaint.

The Brush Spreading tool was very promising but I didn’t know the software very well at the time. Then my Head of Production put me through to Marie Bouchet, animator and beta tester on TVPaint, notably on the production of The Red Turtle. Thanks to her I learned to master the Brush Spreading and we could get a result very close to what I was looking for. Yet, it took a few weeks, as we made numerous tests before getting a coherent result. Marie Bouchet and TVPaint were very helpful during this stage.

Schuerrer: The partnership with TVPaint was not only technical; it was a human adventure. As Nölwenn said earlier, we were looking for a tool that would allow us to get the desired color finish in a reasonable production period of time (which Photoshop did not allow). When we chose the software, the rendering was not totally settled. It was the human side of TVPaint, their reactivity towards our questions and their passion for animation that helped us to decide to take the plunge.

The TVPaint team was interested in the visual rendering, which had never been made with their software. We felt assisted by a benevolent guidance. It was very important for us considering the technical and production issues. In December 2017, the team decided to give us an extra boost by becoming a partner of the film. We are very proud of this support, which has a powerful meaning and reflects TVPaint commitment towards Sam.

Roberts: We use TVPaint for the layout, the animation, the clean-up, the background colorization and the main part of the animation colorization with the CTG layer, and the AirBrush and finally the Brush Spreading.

Schuerrer: The making of the film required the use of other programs, e.g. MOE was used for half of the rendering process.

Roberts: At the stage of the color script began a big challenge for the film: the passage to color. It was long and difficult for me, but with Alexis Liddell’s help who set the tone of the storm scenes, the advice and help from friends, like Aurélien Predal and Ludovic Gavillet, together with the online Schoolism courses of Dice Tsutsumi and Robert Kondo, directors of The Dam Keeper, which was a great inspiration, I could find my footing and finish the color script.

The compositing will be finished by the end of September, after the music recording and the final mix.

Schuerrer: There again [with the sound design], being subtle and making the sounds of nature fit the size of a tiny mouse was far less simple than it seemed. Cédric Denooz did marvels.

After producing and making the short film Journey through Creativity which celebrated the 25th anniversary of the software, TVPaint is proud to support Sam’s Dream and the team of passionate people behind the film. TVPaint wishes to keep on producing films in the future and shout out loud and clear that 2d animation is alive and well!

To learn more about TVPaint animation software and how you can use it on your own productions, visit http://www.TVPaint.com.