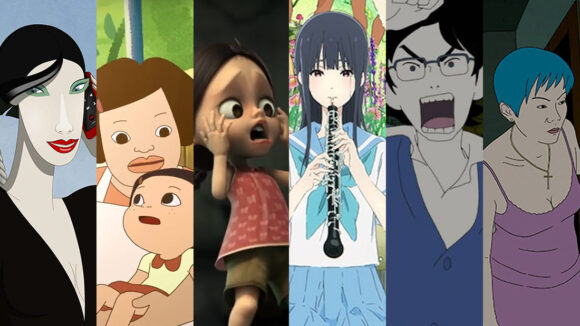 Upon the release of Sony’s Spider-Man: Into the Spider-Verse — and the overwhelmingly positive reactions it received from both the press and in box-office numbers — the awards season narrative shifted from another Disney/Pixar lock in the Best Animated Feature race to the very real possibility of a different studio winning major accolades for the first time since 2012 (when Paramount’s Rango won the Oscar).

But as refreshing as this news is, it still means that studio dominance prevails and that international and independent productions continue to struggle to break in and be recognized without massive campaigning and publicity funds. Of the niche distributors that manage unconventional and foreign-language animated features, GKIDS is the only one that’s consistently carved itself a space among the Oscar nominees (and more recently those at the Golden Globes), occasionally with two slots to their name.

However, as it has been amply discussed here, with last year’s Oscar rule changes benefiting bigger releases, the uphill battle for artistry outside of the machine has become even tougher. Now, even films distributed by GKIDS and art-house giant Sony Picture Classics are at risk of being left out over big-budget fare that can more easily amass votes under the Academy’s new parameters.

Currently, Mamoru Hosoda’s Mirai appears to be the safest bet to represent international animation this season, as it has already become the first Japanese feature ever to be nominated for Best Animated Feature at the Golden Globes, but there are plenty of other noteworthy contenders that haven’t been talked anywhere. With that in mind, below are six of those overlooked features in the running for the Best Animated Feature Academy Award. A nomination for any of these films would reaffirm the Academy’s ability to recognize animation cinema as an art form and not just a commercial undertaking.

Hungarian artist turned animation director Milorad Krstić crafted a stunning debut with his English-language, thrilling heist film Ruben Brandt, Collector. Picked up by Sony Pictures Classics following its premiere at the 2018 Locarno International Film Festival, this adult-oriented marvel gets its name from its tormented lead: a psychotherapist whose patients are career criminals longing for change.

In turn, unlikely hero Ruben Brandt (voiced by Iván Kamarás) is himself victim of a pathological obsession with 13 of the world’s most famous paintings. Since Brandt’s motto is, “Possess your problems to conquer them,” one of his questionable clients, Mimi (voiced by Gabriella Hámori), suggests they must steal every one of those masterpieces in order to appease his mind.

Based on that premise, Krstic constructed a stylistically astonishing ode to art and cinema. Character designs here takes cues from cubism and surrealism for an ever-surprising ride filled with unforgettable figures and faces. Each frame overflows with countless cultural references ranging from Hitchcock to Kurosawa to classic Hollywood. It’s only upon multiple viewings that one can even begin to scratch the surface of Ruben Brandt, Collector’s virtuosity.

Astute tongue-in-cheek humor subtly takes on art trends that border on the absurd, and celebrates the transformative nature of creation. Stealing directly from his favorite painters and filmmakers, Krstić conceived a pastiche that finds originality in its re-purposing of famous pieces and births them anew through inventive hand-drawn animation. This is the labor of a brilliant collector in his own right, one that captured his passions in a neo-noir, visually riveting movie. Quite frankly, it would be an absolute shame for such an unprecedented animated spectacle to be ignored by the Academy.

Have a Nice Day

Compared to Quentin Tarantino’s revenge sagas by some American critics, Liu Jian’s sophomore feature Have a Nice Day was one of the most refreshing animated offers of 2018 in the U.S. by the hand of art house distributor Strand Releasing. Set in a remote Chinese town, this crime drama with searing political undertones (Trump’s voice from election night is heard early in the film) is an ensemble piece motivated by the emergence of a bag ofmoney holding a million yuan ($146,000).

Expectedly, the coveted fortune falls into the wrong hands and continues to exchange possessors as more people become aware of it and the dreams it can finance. The assortment of characters pursing the ill-gotten prize include a brutal henchman, a young man trying to use to money to finance a loved one’s plastic surgery, an opportunistic couple, and plenty of other deranged individuals willing to backstab, steal, and put their own lives in danger to get the cash.

Interspersed between the action-heavy plot are sharp observations on class and culture that present a tapestry of experiences within Chinese society. Have a Nice Day premiered at the 2017 Berlin International Film Festival, an event that has consistently been keen on animation, and boasts distinctly rendered hand-drawn characters that deviate from anime styling. The film’s illustrative figures are devoid of cartoonish features, and the realistic settings make Liu’s offbeat thriller a fantastic example of boundary-pushing animation employed to tell mature stories.

Partially inspired by her aboriginal grandmother and her childhood memories, Taiwanese director Hsin-Yin Sung ventured into animation for her debut feature after initially pursuing a career in live action. The Columbia College of Chicago graduate returned to her native Taiwan after completing her education in the United States, at which she had already started thinking about making a personal film set in her homeland.

Sung credits Marjane Satrapi’s autobiographical feature Persepolis as the movie that proved to her On Happiness Road could work in the animation medium. However, watching Sung’s film, it’s impossible not to think of other influences such as Isao Takahata’s Only Yesterday and the works of Satoshi Kon. Sung’s animated drama with magical flourishes follows Chi, a young woman grappling with her past and those who shaped it. In flashbacks we meet her as a young girl torn between her indigenous roots and the politicized way of life of her country in which the Taiwanese language is prohibited.

Since Taiwan doesn’t have a substantial animation industry, Sung had to assemble her own studio and hired dozens of independent artists who had directed animated short films prior to working on her project. The result is a culturally specific production that resembles Japanese anime in style, but finds aesthetic details in the character designs and the depiction of the setting to make it singularly Taiwanese.

The Night is Short, Walk on Girl

Ending his extensive hiatus from feature filmmaking, beloved Japanese director Masaaki Yuasa delivered a double dose of his surrealist, radiant, and energetic long-form content in a short span of time with Lu Over the Wall and The Night is Short, Walk on Girl — his first full-length feature narratives since his 2004 cult debut Mind Game.

Both movies premiered in his homeland back in 2017 and arrived in the United States last year within a few months of each other thanks to GKIDS and were produced by Yuasa’s company Science Saru. Having worked on anime series marked by mature subjects for multiple years, his musically propelled, mermaid adventure Lu Over the Wall represented a suitable opportunity to bring a family-friendly project into fruition.

For his other undertaking, however, the gifted merchant of imagination embraced the exact opposite purpose and served up an adult, boozy fantasy that transpires over the course of one wild evening. The Night is Short, Walk on Girl is a bizarre and magnetic potion of a movie in which an unnamed girl wanders the streets after hours ingesting plenty of alcohol and enjoying strange encounters with drunken groups of people, book-loving spirits, and a young man who is romantically interested in her but too timid to confess it.

The fluid movement and exaggerated human characteristics seen consistently in Yuasa’s animation is exploited here to its full graphic potential for mind-bending sequences that defy reality and thrust the viewer into an intoxicating state, governed more by colors, shapes, and rhythms than narrative constraints.

Liz and the Blue Bird

Her follow-up, Liz and the Blue Bird, is just as moving in its storytelling, but implements fantasy to counterbalance the raw feelings on display. Based on the popular novel series Sound! Euphonium, Yamada’s most recent examination of close friendships hones in on Mizore and Nozomi, two high school seniors who are part of the brass band club and have known each other since they were young.

A schism in their bond arises when they are tasked with playing a duet as part of a piece titled “Liz and the Blue Bird,” which is in turn also a fairytale. Both girls are also on the verge of graduating and that means confronting the possibility that their paths may not continue to be the same.

Yamada elegantly divided the narrative between the school halls and classrooms that seem to keep her heroines imprisoned, and a magical realm where a young woman, Liz, comes across the human incarnation of a blue bird — a girl with blue hair whose temperament is effervescent.

Each section has a distinguished look, with the magical setting appearing delicately handcrafted with stunning backgrounds and luminous hues, while the real world sports icy lighting and a palette that is mostly monotonous. Form and themes intertwine beautifully in Yamada’s animated melodramas, and that’s what makes them so effective in their quest to pull at our heartstrings.

After gaining international recognition with his Oscar-nominated and highly controversial drama The Crime of Father Amaro, Mexican director Carlos Carrera seemed to have settled in the live-action track of filmmaking.

Yet, Carrera’s entry point into cinema was through animation, as he started directing animated shorts at a young age and continued to do so throughout the 1980s and 90s with some of those early works premiering at renowned film festivals like Cannes and Sundance.

Eventually, nearly two decades after getting on the Academy’s radar, Carrera was able to put together his first animated feature, an arduous feat that would take several years to complete. It’s only fitting that said movie, Ana and Bruno, is the first Mexican animated entry in the Best Animated Feature category at the Oscars.

This whimsical cg adventure uses a familiar setup and imbues it with darker and emotionally complex conflicts for an impressively sophisticated result. Ana, a young girl living in 1940s Mexico, is trapped in a psychiatric hospital with her mother, Carmen, at the command of her secretive father, Ricardo, whom the child must find in order to resolved their current circumstances. Along her quest, Ana meets Bruno, a long-eared fantastical create that will become her sidekick and ally, as well as other curious partners in crime.

Arguably the most accomplished and daring animated film to come out of Mexico to date, Ana and Bruno uses the medium in inventive fashion defying what’s come to be expected of 3d animation in Mexico, where most of the releases are pop-culture heavy comedies lacking stylistic purposefulness. Carrera’s background as an animator is evident in the way he was able to harness the resources available to give life to something special.