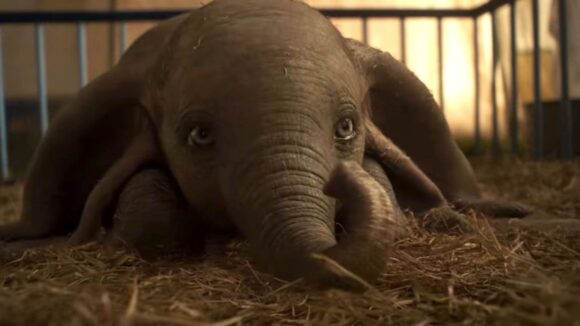 Disney could not find a magic feather for its latest glitzy tentpole remake. Despite analysts and Disney itself projecting a debut somewhere between $50 and $60 million, Disney’s hybrid Dumbo slacked at the box office with an estimated $45 million domestic. It’s no. 1, but not the kind of number one that the company is used to for these type of films.

The film opened day-and-date in all markets globally, with $71 million from around the world, also below the $80-90 million range that had been predicted. On a positive note, the film started at no. 1 in many markets, including Mexico, Brazil, Russia, France, the U.K., and Spain.

In China, Dumbo was unable to dethrone local drama Song of Youth, which held the no.1 spot. Despite having no blockbuster competitor, Burton’s movie only made $10.7 million at the Chinese box office. In Japan, the film launched in ninth place, with $2.4 million.

With a global total of $116 million so far, Tim Burton’s latest about the adorable flying elephant—based on Disney’s 1941 animated feature—will have to work hard to become profitable. The production is estimated to have cost $170 million, which puts it in an underdog position for becoming a financial success, like the studio’s hybrid remakes of The Jungle Book, Beauty and the Beast, and Cinderella.

As Cartoon Brew reported last week, reviews for the film were mostly negative. Dumbo currently holds a tepid 49% score on Rotten Tomatoes with many critics questioning the movie’s visual aesthetic and the convoluted plot that forgets the simplicity of the 64-minute original.

Up next in the long list of Disney’s reboot frenzy are Aladdin (May 24), The Lion King (July 19), and the sequel Maleficent: Mistress of Evil (October 18).

In its fourth weekend, Disney/Marvel’s vfx-packed Captain Marvel added an estimated $20.5 million more stateside. The movie’s domestic gross is now $353.8 million. It has a current worldwide total of $990.6 million, and will soon become the first film of 2019 to cross the $1 billion mark.

Paramount’s maligned animated feature Wonder Park added an estimated $4.9 million at the U.S. box office for a domestic total of $37.8 million. Abroad, the film, which was released without a director, has made $14.4 million, for a global total of $52.2 million.

Also, a couple notable milestones: In its sixth domestic frame, Dreamworks Animation’s How to Train Your Dragon: The Hidden World scored an estimated $4.2 million domestic, lifting it to $152.9 million at the American box office. With an additional $340.8M from foreign, its global total has now crossed $500M worldwide. Alita: Battle Angel, with a lead animated character, squeaked over the $400M mark. Its domestic total has been soft — $84.9M after seven weekends — but it has been helped by healthy overseas sales, particularly in China.