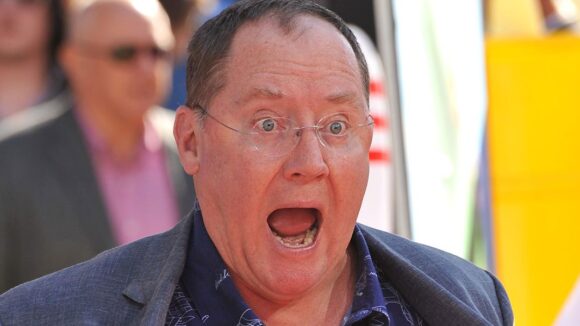 At the beginning of the new year, he will depart the Walt Disney Company. The company did not offer a reason for his departure.

The Walt Disney Company has not announced who will take over Lasseter’s roles at Disney and Pixar. The New York Times, however, spoke to a person briefed on the matter, and the expectation is that Frozen co-director Jennifer Lee will be promoted at Walt Disney Animation and Up and Inside Out director Pete Docter will take on “greater responsibilities” at Pixar.

Whoever takes over, Lasseter leaves big shoes to fill. In his role at Disney and Pixar, the pioneering cg director was arguably the most influential business figure in American animation today.

Lasseter abruptly started a six-month sabbatical last November, before a number of media reports emerged of sexual misconduct and harassment toward employees at both Disney and Pixar.

Subsequent media reports revealed that upper management at the Walt Disney Company had known about Lasseter’s behavior for years and even assigned handlers to follow him around at parties, where he was known to drink excessively, to try and prevent him from harassing women.

Further, multiple sources have told Cartoon Brew that the Walt Disney Company has made at least one financial settlement with a victim of Lasseter’s who worked in marketing at Walt Disney Animation Studios.

Around the same time that Lasseter started his sabbatical, the two writers of Toy Story 4, Rashida Jones and McCormack, stepped down from the film, releasing a statement in which they criticized Pixar’s “culture where women and people of color do not have an equal creative voice.” The studio has had just one woman feature film director in its 32-year-history, and she was fired by Lasseter midway through production and replaced by a man.

In February, Walt Disney Animation Studios held a “day of listening” allowing its animation staff to talk about their workplace concerns. It has not been reported whether Pixar artists were given a similar opportunity, though such events have been held in past years at Pixar, where Lasseter had been widely criticized by staff, to no avail. In late-April, Pixar’s powerful v-p of human resources, Lori McAdams, who was “seen by many as one of Lasseter’s chief protectors,” was reported to be leaving the company.

More recently, animation industry artists had started a #LoseLasseter campaign on social media, citing serious safety concerns about the return of Lasseter to a studio environment.

The uncertainty over Lasseter’s future has caused confusion throughout different areas of the Walt Disney Company. A story we published earlier this week talked about the internal battles that have had happened at Disney over the publication of an upcoming children’s book, in which John Lasseter is the lead character and also narrates the story in audiobook form. When news of Lasseter’s behavior emerged last November, some people in Disney’s publishing division commissioned new artwork that didn’t feature Lasseter’s image, but “senior Lasseter loyalists at the top” insisted that the character in the book be changed back to look like Lasseter. The book is currently scheduled for July 3rd release, and it will feature a caricature of John throughout its pages.

“John had a remarkable tenure at Pixar and Disney Animation, reinventing the animation business, taking breathtaking risks, and telling original, high quality stories that will last forever,” CEO Bob Iger said today. “We are profoundly grateful for his contributions, which included a masterful and remarkable turnaround of The Walt Disney Animation Studios. One of John’s greatest achievements is assembling a team of great storytellers and innovators with the vision and talent to set the standard in animation for generations to come.”

Lasseter said separately in a statement, “The last six months have provided an opportunity to reflect on my life, career and personal priorities. While I remain dedicated to the art of animation and inspired by the creative talent at Pixar and Disney, I have decided the end of this year is the right time to begin focusing on new creative challenges. I am extremely proud of what two of the most important and prolific animation studios have achieved under my leadership and I’m grateful for all of the opportunities to follow my creative passion at Disney.”