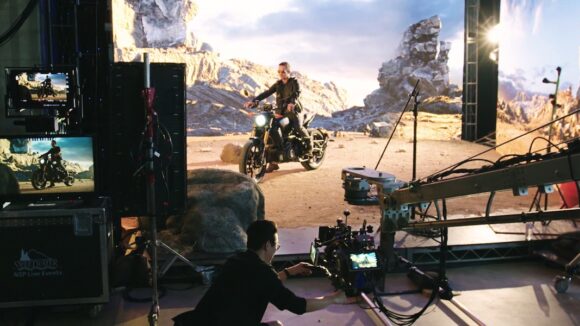 As virtual production rises to prominence, more and more people are wondering what it is and how it works. Enter Epic Games, developer of Unreal Engine, one of the motors of the virtual production boom. The company is tirelessly releasing educational resources on the subject, the latest of which is its new online course, the Virtual Production Primer.

Across ten videos and 15 hours, the Virtual Production Primer provides a grounding in the Unreal platform and the use of real-time rendering in production. The course is free and open to all, though registration is required — more info here. Epic describes it as follows:

This curated collection will teach users how to work with the Unreal Editor, projects, file structures, and more, as well as the basics of producing content in real time and key considerations for performance and design. Recorded talks by industry experts will provide hands-on details about what goes into creating world-class virtual production pipelines and how to deploy them.

Although entry-level, the Virtual Production Primer is aimed at those who want to start working with virtual production pipelines. What was originally a tool that was mostly used for previs, virtual production is now revolutionizing how filmmakers shoot their films, giving them the chance to visualize, shape, and adjust synthetic elements, including sets and characters, at every stage of production.

In short, what makes virtual production such a game-changer is that it takes vfx out of the post-production and turns it into a real-time element that a director can control before and during the filming process. Here’s a useful discussion moderated by FXGuide’s Mike Seymour on how virtual production is evolving:

If you want some more basic information on how virtual production is used, read our introduction to the subject, then move on to this field guide released by Epic last year. For those looking to get stuck into the software, Unreal offers a whole array of free learning materials on its website. Unity, another leading game engine, also has a dedicated online page about its use in filmmaking.