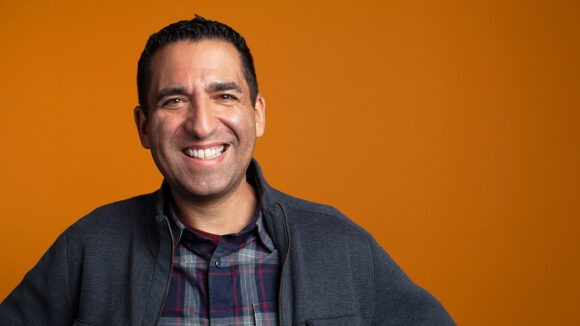 In his new role, Gordon is expected to help to foster a culture of creativity that allows animators to thrive by actively promoting and encouraging the sharing of ideas and new ways of thinking. He will work to “develop a bespoke look and feel for each feature.”

The studio has not yet announced what type of animated features it will produce, though back in 2017, DNEG signed a production partnership with Locksmith Animation to animate their films, including the upcoming Ron’s Gone Wrong, which will be released by Disney in 2020.

While DNEG is a newcomer to feature animation, the company is well respected as a vfx house. The company has been involved in four of the last five productions that have won the visual effects Oscar — First Man (primary vfx vendor), Blade Runner 2049 (lead vfx house), Ex Machina, and Interstellar.

Among his most notable achievements as an animator, Gordon brought to life Monsters Inc.’s Mike Wazowski, for which he was animator/character designer on the original film and directing animator for the sequel, as well as Finding Nemo’s Marlin, which earned him the VES Award for outstanding character animation in an animated motion picture.

Famously, Gordon also ran the Love Lounge at Pixar, a secret bar hidden in a difficult-to-access utility room at the studio. Later, when he changed offices, he started another bar — The Lucky 7 — inside the studio.

DNEG’s managing director of feature animation Tom Jacomb said of Gordon’s hiring, “His natural and inspirational leadership style, combined with his knowledge and creativity, particularly when it comes to creating characters that audiences really connect with, are invaluable assets that will strengthen our capabilities and play a crucial role in the future growth of the team.”

Added Gordon: “I am delighted to be joining such a dedicated and hardworking team, led by the amazing Tom Jacomb, at an exciting stage in its journey. Together we are creating a working environment where each film is not just treated as a task, but rather as a collaboration – a chance for everyone to input their individual creativity and character.”

As part of this year’s Annecy animation festival, Gordon will present a lecture about acting and gestures in animation on Tuesday, June 11.