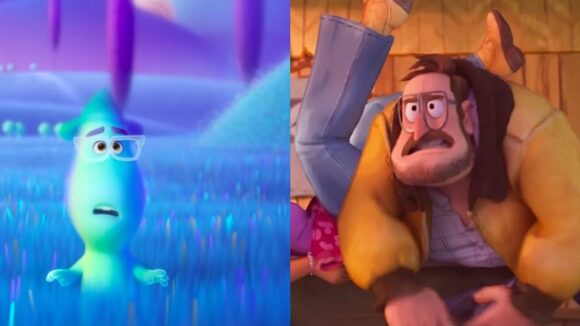 Jean-Denis Haas calls his animation analysis “nerding out.” He’s being modest. Haas, a senior lead animator at Industrial Light & Magic and instructor at Animation Mentor, has a knack for discussing the art and craft of the medium in professional yet accessible terms. His Youtube channel is essential viewing for students, pros, and curious fans alike.

In his latest pair of videos focused on feature animation, Haas looks at the latest trailers for two of the year’s most anticipated animated features: Pixar’s Soul and Sony Pictures Animation’s Connected. While enthusing over the general “cuteness” and “coolness” of it all, he picks out details most viewers will have missed, explaining how the two films achieve beauty, clarity, and originality in their images.

While focusing on the character animation, Haas’s analysis touches on all aspects of filmmaking, from Pixar’s choice of lenses to Sony’s highly stylized effects. His commentary is peppered with asides to industry artists: “This is where twinning is okay,” “Don’t put that in your reel.” He also points out some of the conventions and shortcuts that trailers adopt.

We’ve featured past videos of Haas’s, including his analysis of Spider-Man: Into the Spider-Verse and tips on how to make a demo reel. He says that he starts every new project feeling like he knows nothing, and needs to go learn from the pros all over again. If you ever feel the same, go to him.

Soul is scheduled for release on June 19 and Connected on September 18. No changes to these dates have been announced since the widespread disruption caused by the coronavirus outbreak.