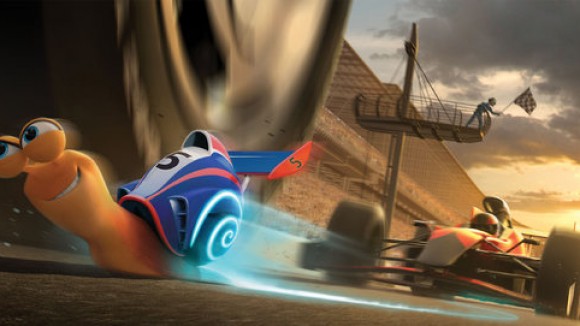 In the continuing evolution of the on-demand streaming deal between Netflix and DreamWorks Animation, it was reported earlier this week that DreamWorks will produce more than 300 hours of original programming for the popular streaming media outlet.

The new content, which will be inspired by characters from existing DreamWorks franchises like Shrek, Kung Fu Panda and Madagascar, as well as properties from the recently acquired Classic Media library (Casper the Friendly Ghost, Lassie, Rocky and Bullwinkle, among others) will begin to air in 2014.

The agreement is part of DreamWorks’ initiative to expand their entertainment brand by courting television production away from mainstream TV outlets like Cartoon Network and Nick, where its TV shows currently air. This will begin with the December Netflix debut of a new original series, Turbo F.A.S.T., based on the upcoming feature film Turbo, which will hit theaters on July 17. It will also offer Netflix exclusive streaming rights to a selection of DreamWorks animated films, including The Croods and their movie version of Mr. Peabody and Sherman, coming to theaters in March 2014.

For Netflix, the contract, which is the most significant first-run content deal in its history, is part of their ongoing efforts to beef up their selection of children’s programming, which is very popular among parents as it offers a commercial-free alternative for younger, more impressionable viewers. The streaming site did not renew a deal with Viacom for reruns of Nickelodeon cartoons, and will rely heavily on DreamWorks for kids’ content.